We’re proud to announce the launch of our very own Twitch team, RØDE Warriors.

We have assembled some of the biggest names on Twitch from a range of different backgrounds for the team and over the next few months we’ll be sharing their content via the RØDE Warriors team channel – all audio captured using RØDE gear, of course.

For those who aren’t familiar, Twitch is one of the world’s largest streaming platforms, allowing millions of viewers to watch and interact with content creators in real-time. RØDE is the audio brand of choice for countless streamers on Twitch and we work closely with a number of creators on the platform, so we’re super excited to start our very own brand team.

Over the course of the next few weeks, we’ll introduce the RØDE Warriors team and show you how RØDE is helping them capture incredible audio and create amazing content for their streams. We're starting with the amazing Jeff and Grace from FitForPurpose who both use a variety of RØDE products for their streams. 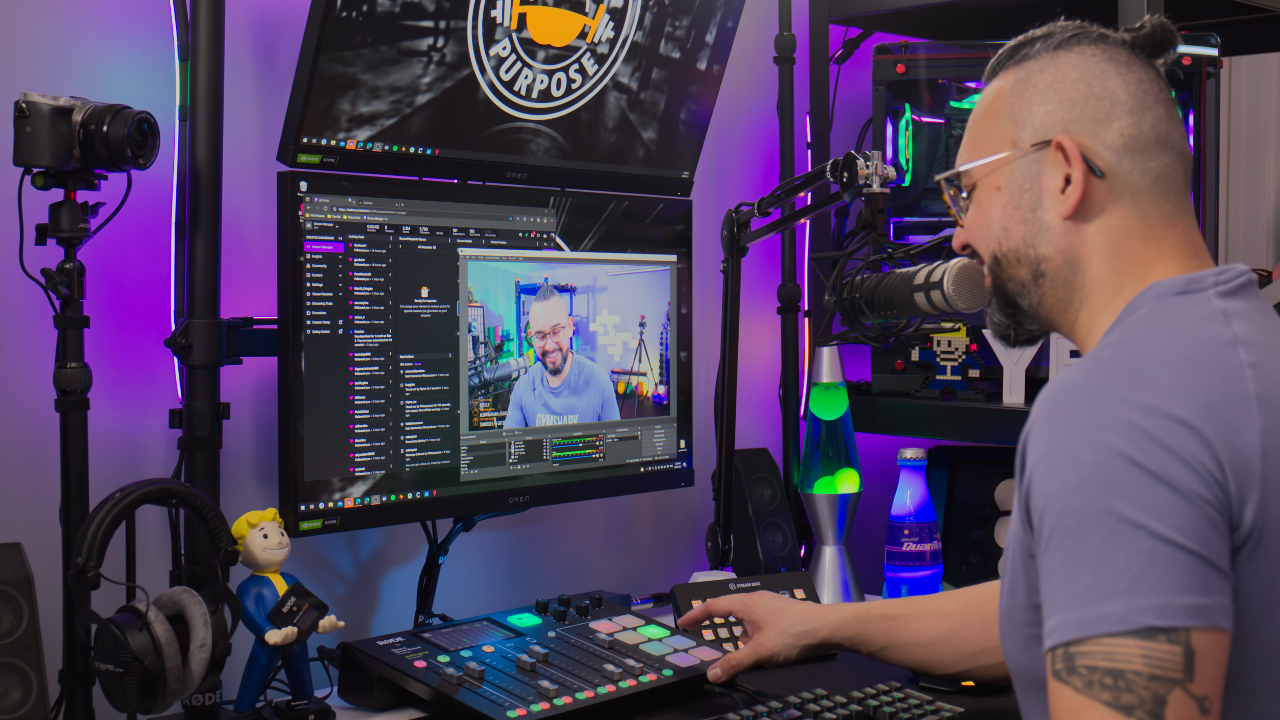 Jeff from FitForPurpose with his RØDECaster Pro, PSA1, Wireless GO II and Procaster

“When gaming and podcasting, I'll go for a dynamic mic like my Procaster,” says Jeff. “These have the advantage of only really picking up the sounds of my voice and not the sounds beyond the gym door outside.”

“For fitness, being wireless is an absolute must - I'll reach straight for the Wireless GO II. The battery life is long enough to get through even the most gruelling workout, and the range is far enough to pick me up clearly no matter where I am in the gym.”

Head on over to the RØDE Warriors Twitch team page to check out the team channels and follow them to keep informed about upcoming events and giveaways.

Share Your Next Great Idea on TikTok For a Chance to Win $10,000 in Cash